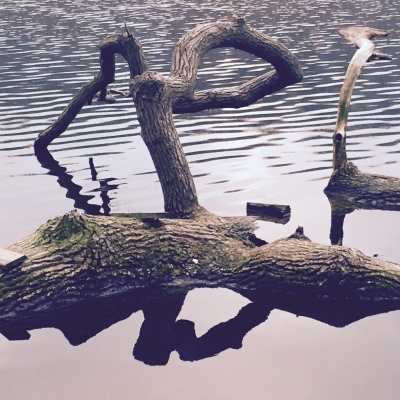 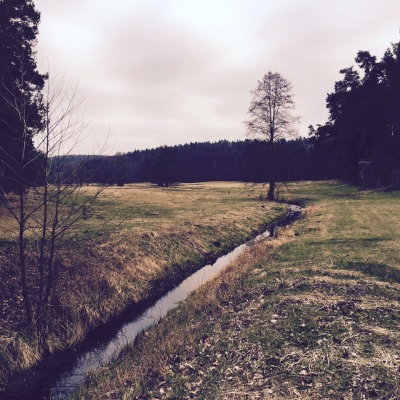 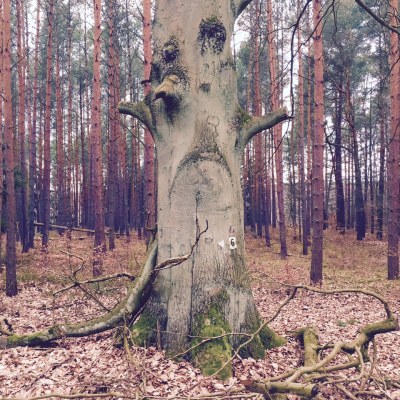 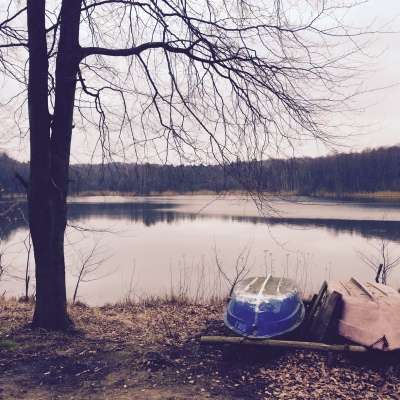 I had a really nice saturday and so I was in a good mood for a sunday hike. Unfortunately that disposition changed with approaching my goal.

In 1936, Joseph Goebbels, at the time Reich Minister of Propaganda in Nazi Germany and one of Hitlers closest associates, was given for his birthday a small property on the lakefront of Bogensee near to Wandlitz, 50 km north of Berlin. 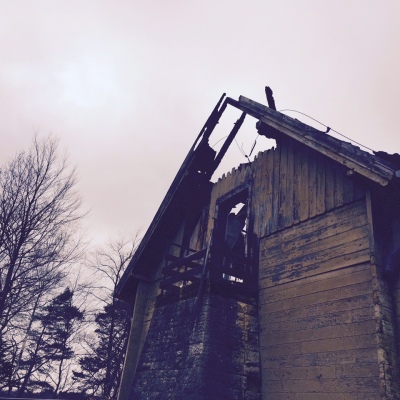 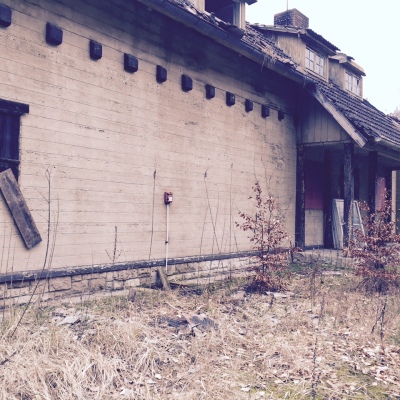 In spite of being married and preaching passionately the disturbed family values of the Reich, he had an affair with Czech actress Lída Baarová and the small house has been their love nest. Hitler, after talking to his wife, claimed to end the affair to preserve the public appearance, and Goebbels did.
In 1939 he thought that the small house is no longer befitting his rank and he had build the – really ugly and huge – Villa Bogensee on the opposite side of the lake. Goebbels and his wife committed suicide after killing their six children with potassium cyanide the day after Hitler named him Reichskanzler and seven days before the end of world war II. 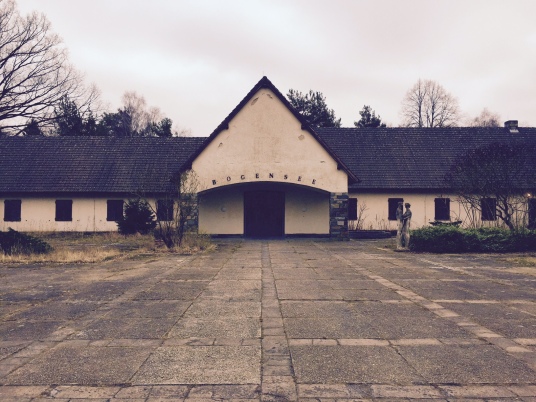 In 1946 the Soviet military administration donated the land and the building to the FDJ, the official socialist youth movement of the German Democratic Republic and the Socialist Unity Party of Germany. They erected an enormous complex of buildings in the middle of the forest to house a training centre for the FDJ. The design of the buildings – the Stalinist Empire style or Socialist Classicism – by the way closely resembles the Nazi architecture. The neighbouring Goebbels villa than was used as a supermarket.
Honi soit qui mal y pense. 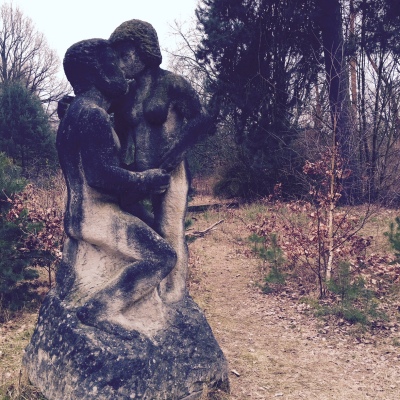 Long time ago somebody told me, that with every breath we take, we still breath in some molecules from the last breath of Ceasar. I don’t know if it’s true, but the thought comforts me when I think of beloved family members who passed away. But today the proximity of evil caused anger and concern in me. For the first time I had a bad feeling being alone in the woods.

4 thoughts on “Berlin History Hike: Creepy Architecture in the Middle of Nowhere”

Through the Forest
Culloden Battlefields
Flowers
Join 1,579 other followers
Follow hikeminded on WordPress.com